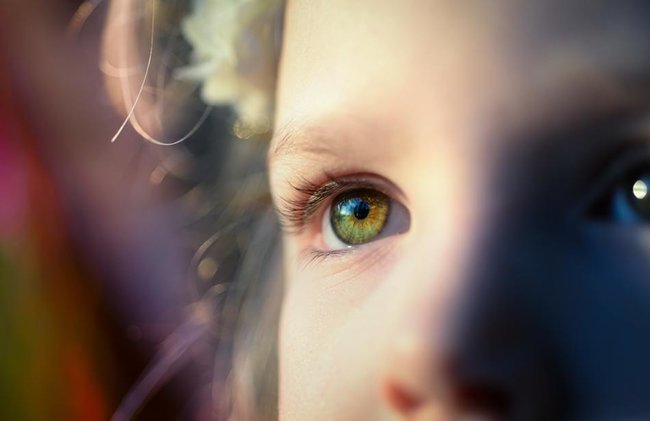 By Dennis Thompson, HealthDay Reporter TUESDAY, July 31, 2018 (HealthDay News) -- The developing brain of a growing child has incredible ways of compensating for the loss of an essential brain region, a new case study shows.A young boy has retained his ability to recognize faces even though surgeons removed one-sixth of his brain, including the region that normally handles that task, his doctors said.

Essentially, the other side of the 10-year-old's brain has shouldered the added burden of facial recognition on top of its normal duties, in an astounding feat of adaptation.Even more compelling, the boy's intellect, visual perception and object recognition skills have all remained age-appropriate, even with a large portion of his brain gone."In a child's brain, there is the potential for this kind of reorganization and recovery," said senior researcher Marlene Behrmann, a professor with Carnegie Mellon University's Center for the Neural Basis of Cognition. "A child's brain is still undergoing dynamic change. It can find these novel solutions."Brain surgery was last optionFour years ago, surgeons operated on the boy's brain to stop his terrible and uncontrolled epileptic seizures.The 6-year-old boy had a benign brain tumor in his right occipital lobe, which processes information related to the left visual field, Behrmann said. The tumor had caused epileptic seizures from age 4, and no medication could control the seizures.Doctors worried that if left unchecked, the seizures could harm brain development and potentially threaten of the life of the boy, a bright and curious kid referred to as "U.D." in the case report.To stop the seizures, doctors removed the right occipital lobe, essentially taking away a third of the right hemisphere of his brain.The cure worked, but it came at a cost.What was lostThe boy permanently lost his ability to see anything within his left visual field. The world to the left of his nose simply isn't there."When that part of the brain is removed, there is no receiving area for information coming from the left visual field and it's lost," Behrmann said. "That is a sad finding from this case."Doctors worried the boy also would lose his ability to recognize faces, a complex ability mainly governed by the right hemisphere of the brain in right-handed people.It takes a lot of high-powered processing in the brain to perform complicated pattern recognition, such as distinguishing between different faces and different words, Behrmann said. Because of this, the brain divvies up these responsibilities."In a typical right-handed individual, face recognition is done more by the right hemisphere than the left," Behrmann said. "Both hemispheres participate, but the right hemisphere carries most of the burden of the skill. The left hemisphere is optimized for word recognition," she added."The question we had is, now he doesn't have the right hemisphere, what will the status of face recognition be? He doesn't have that region that can acquire the skill to be an expert face recognizer like we all are," Berhmann continued.What was savedTracking U.D.'s progress through brain scans and behavioral tests, the doctors found that the boy's brain had undertaken an amazing juggling act to make sure that he'd still be able to recognize faces.The left hemisphere essentially jostled itself to make room for the duty of facial recognition, which wound up located right next to the area that normally handles word recognition, the findings showed."Because these are mature, complex skills that take time to acquire, it was still in the course of the acquisition and his brain could find a solution to accommodate both of them," Behrmann said.This sort of epilepsy brain surgery is rare, performed on only 4 percent to 6 percent of patients with epilepsy that doesn't respond to any other treatments, the researchers said in background notes.The surgery completely eliminates seizures for 60 percent to 70 percent of children who have it done, but parents are understandably worried about what abilities their child will lose as a result, Behrmann said.Young brains can bounce backBut one expert said the report showed the resilience of the young brain.This study shows that "plasticity is real. Plasticity is key -- your brain's golden art of adaptation," said Dr. Steven Wolf, an associate professor of neurology and pediatrics at the Icahn School of Medicine at Mount Sinai, in New York City."If we get to these kids when they're young enough, before they lay their permanent pathways, the brain is plastic enough for it to adapt and to overcome," said Wolf. His center has performed the procedure around 500 times over the past decade."I have kids who recover brilliantly and ones that don't recover so well, and I don't know why one is different than the other, but I always tell parents to be optimistic, that there's a lot of adaptability and plasticity going on there," Wolf continued.U.D.'s IQ is above average and his language skills age-appropriate, as they were before the surgery, while his test scores are proficient to advanced, doctors said. At school, he receives vision therapy and sits on the left side of classrooms to allow him to take in more of the scene.Adults retain some of this plasticity, as seen in stroke victims who recover abilities initially lost to their illness, Wolf and Behrmann said.But children's brains are much more malleable because they are still developing, Behrmann pointed out."We know a child's brain has much more potential for plasticity, is much more malleable than the adult brain," Behrmann said. "In the adult brain, all the circuits and all of the regions have come to be optimized for their own function. This is good because in adults we want to have an organized brain so we can be very precise and competent."SOURCES: Marlene Behrmann, Ph.D., professor, Carnegie Mellon University's Center for the Neural Basis of Cognition, Pittsburgh; Steven Wolf, M.D., associate professor, neurology and pediatrics, Icahn School of Medicine at Mount Sinai, New York City; July 31, 2018, Cell ReportsCopyright © 2018

Here are some conversations from MyEpilepsyTeam:

• "I have Epilepsy due to a benign tumor located in the occipital lobe (the visual comprehensive part of the brain). I had surgery to remove the tumor and since then I hallucinate daily."

• "My daughter also had an EEG that showed abnormality in the occipital lobe. This is very new to us and so far my daughter has only had visual symptoms such as seeing spots followed by fatigue. So far it has not progressed into anything further but trying to prepare myself for what could happen."

• "Have suffered from Temporal Lobe Epilepsy since 1985. From having seizures almost daily as a teenager, after 2 brain operations, I now have one a month...if that....and only nocturnal. Have never suffered from depression but definitely suffer from short-term memory issues since the surgery."

Here are some question-and-answer threads from MyEpilepsyTeam:

• Has anyone had the Temporal Lobe resection, if so how was the surgery for you?

• Have any of you found triggers for your Temporal lobe seizures?

• My son is set to have left temporal lobectomy on September 28. I am wanting to talk to people who have had this done and your experiences.

Have you or your child undergone an epilepsy-related procedure or surgery?
Share in the comments below or directly on MyEpilepsyTeam.