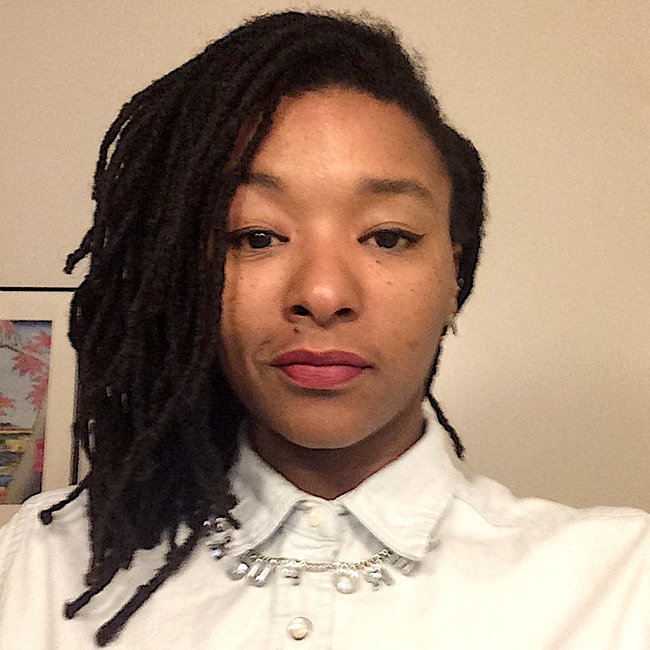 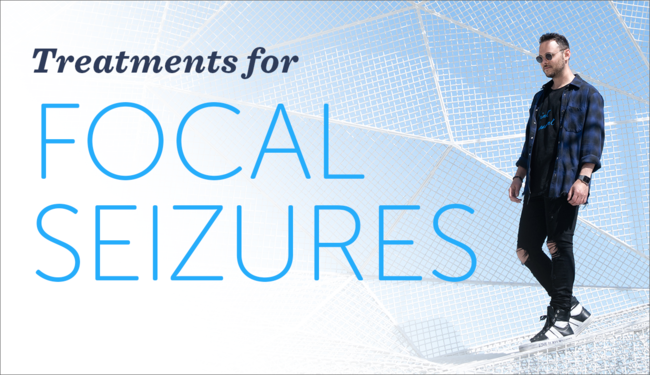 In 70 percent of people with epilepsy, the cause of seizures is unknown. However, in some cases, focal seizures are associated with scar tissue caused by a brain infection, head injury, brain tumor, or other damage to a specific area of the brain.

While some antiepileptic drugs (AEDs) may be used to treat either focal or generalized seizures, other treatments are specifically effective in treating focal seizures. Treatment options depend on the exact epilepsy diagnosis, seizure type, and location of the seizure focus in the brain. With focal onset seizures, the seizure focus can sometimes be pinpointed as precisely as a single nerve network.

What Are Focal Seizures?

Focal aware seizures usually last less than two minutes. When they are over, the person often seems fine and carries on doing what they were before the seizure.

The symptoms someone experiences during a seizure usually depend on where it is located in the brain. Focal impaired awareness seizures typically start in the frontal lobe or the temporal lobe. After the seizure is over, the person may experience fatigue, sleepiness, or confusion.

Read more about types and symptoms of focal seizures.

How Are Focal Seizures Treated?

The past 25 years have seen great progress in the development of AEDs. Today, there are more treatment options, antiseizure drugs with fewer side effects, and more targeted AEDs to treat focal seizures than ever before.

In the last decade alone, several AEDs have been approved by the U.S. Food and Drug Administration (FDA) for use in treating focal onset seizures. These newer AEDs are sometimes called second- and third-generation AEDs. AEDs used to treat a specific type of seizure are referred to as narrow-spectrum AEDs, while those used to treat a wider variety of seizures are called broad spectrum.

There are more than 20 AEDs approved by the FDA to treat epilepsy. Each drug works in a different way and may be associated with different potential side effects.

Cannabis has been used to treat refractory seizures and severe epilepsy syndromes such as Lennox-Gastaut syndrome. There is growing evidence that cannabis may be effective in treating other seizures, including focal onset seizures, as well. A recent study of cannabidiol (CBD), an active ingredient in cannabis, among 137 people saw a 55 percent decrease of focal seizures.

Accurate diagnosis is an important part of choosing the right AED. Successful seizure control is more likely when treatment is started early, before recurrent seizures have established a pattern. Some AEDs are more effective at treating focal impaired awareness seizures, while others work best for focal aware seizures. Different medicines are effective for different people; not all seizures will respond the same way to all medicines.

Fortunately most people, around 60 percent, respond to the first or second drug prescribed to them, and seizures are controlled with monotherapy (just one AED). Some people need more than one AED to control their seizures. Adding a second drug leads to seizure freedom about 10 percent of the time.

After trying two different AEDs and failing to achieve seizure control, a person is considered to have drug-resistant, intractable, or refractory epilepsy.

Focal onset seizures originate only on one side of the brain. Often, the location of the seizures can be narrowed down to the exact focal point or group of nerves involved. The odds of becoming seizure-free after surgery are much higher if there is a small, well-defined seizure focus.

A person with refractory seizures may be a candidate for neurosurgery if the following conditions apply:

Research shows surgery can be a very effective treatment for people with refractory focal seizures. In one study, 58 percent of participants reported greater relief from intractable focal seizures after surgery, while 8 percent reported that medication was more effective. In another clinical trial, surgery was the more successful focal-seizure treatment for 73 percent of participants. None of the people in the second trial found AEDs more effective than surgery.

Whether or not surgery curbs seizures entirely, it’s important to continue taking AEDs as prescribed. The longer a person goes without having a seizure after surgery, the more likely it is that they will remain seizure free.

Electrical brain stimulation, or neuromodulation, is a treatment option for some people with refractory focal onset seizures who are not good candidates for surgery. Neurostimulation devices have shown success in controlling focal seizures by targeting the specific region or the focal point involved. Devices can also provide a great deal of customizability to fit the specific seizure diagnosis, characteristics, and symptoms. In almost all cases, people need to continue taking AEDs during treatment with neuromodulation.

Vagus nerve stimulation is used for people with drug-resistant focal seizures who are at least 4 years old. The VNS device is inserted under the skin on a person’s chest and attached to the vagus nerve in the lower neck. The device sends short electrical bursts to the brain, via the vagus nerve, to promote regular brain activity and prevent the misfires that cause seizures. The VNS device also includes a special magnet that can be worn on your belt or around your wrist. By passing this magnet over the VNS device, a person can prevent, shorten, or decrease the severity of an impending seizure.

Benefits of VNS therapy improve the longer a person continues it. Almost half of people undergoing VNS saw their seizures decrease by at least 50 percent in the first two years. VNS may also reduce the length of time it takes a person to recover after having a focal onset seizure and lessen the severity of focal seizures. After a while of VNS success, some people may even be able to reduce their AED regimen.

Responsive nerve stimulation is indicated for people ages 18 and older who have refractory focal seizures and aren’t eligible for epilepsy surgery, or who have had epilepsy surgery but continue to experience seizures.

The RNS device is implanted within the skull. The wires of the RNS are connected to the surface of the brain where the seizure’s focal point has been identified. When possible seizure activity is picked up by the device, an electrical pulse is delivered within milliseconds to prevent or lessen the seizure.

RNS benefits increase over time. One study of 230 participants found that, on average, RNS cut seizures in half after two years of therapy. After seven years, two-thirds of people on RNS experienced a 50 percent reduction in seizures.

Dietary therapies for epilepsy are low in carbohydrates (sugary, starchy foods) and high in fatty foods (butter, meats, avocados, and oils). These special diets are designed to change the way the body turns food into energy.

Dietary therapies should be medically supervised as part of a comprehensive epilepsy treatment plan. Always talk to your doctor before making changes to your diet.

The four diets commonly used in epilepsy treatment include:

In one study, the ketogenic diet reduced seizures by more than 50 percent in half of the children who tried it. Almost 15 percent of the participants saw their seizures stop entirely.

Epilepsy has no cure. However epilepsy is treatable and manageable, especially when it is promptly and accurately diagnosed, and treatment is begun as soon as possible. Finding the right combination of medication and therapies may take a little time and more than a couple of tries. Working closely with your neurologist and other health care providers is the best way to get your epileptic seizures under control and hopefully achieve remission.

What has worked to treat your focal onset seizures? Are you still looking for the right regimen to control your epilepsy? Comment below or post on MyEpilepsyTeam.

Have you been to a Gene clinic, when I was trying for a baby I went to Guys hospital, the main reason is blonde or ginger hair and blue eyes

posted about 1 month ago

Epilepsy and the COVID-19 Vaccine: What We Know

Epilepsy and the COVID-19 Vaccine: What We Know

Article written by Sarah Winfrey An epileptic trigger is anything that brings on a seizure. The...

Article written by Sarah Winfrey An epileptic trigger is anything that brings on a seizure. The...
read article >

Article written by Sarah Winfrey Epilepsy is defined as a spectrum of disorders that involve the...

Article written by Sarah Winfrey Epilepsy is defined as a spectrum of disorders that involve the...
read article >

Should You Have An Epilepsy Bracelet?

Article written by Max Mugambi Epilepsy is a spectrum of disorders that involve the central...

Should You Have An Epilepsy Bracelet?

Article written by Max Mugambi Epilepsy is a spectrum of disorders that involve the central...
read article >

Is VNS Therapy® Right for You? Talking to Your Doctor About Vagus Nerve Stimulation

According to the U.S. Centers for Disease Control and Prevention (CDC), about one-third of people...

Is VNS Therapy® Right for You? Talking to Your Doctor About Vagus Nerve Stimulation

According to the U.S. Centers for Disease Control and Prevention (CDC), about one-third of people...
read article >

Top 5 Myths and Facts About VNS Therapy® for Epilepsy

Top 5 Myths and Facts About VNS Therapy® for Epilepsy

Article written by Mary K. Talbot In 2017, the International League Against Epilepsy (ILAE)...

Article written by Jessica Wolpert About 50 million people have epilepsy worldwide, but for...

Article written by Jessica Wolpert About 50 million people have epilepsy worldwide, but for...
read article >